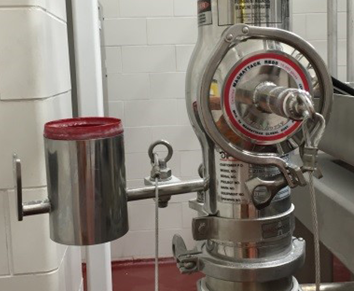 When planning or updating a powder processing system, there are numerous decisions to make about equipment, including what pipeline magnet to use. As an operations manager assesses different magnets, he or she may compare a spherical magnet with a traditional inline tube magnet. Although they have similarities in application, there are significant differences between them, including design, weight, use and magnetic strength.

A Lighter Magnet is Easier to Move There is a significant difference in weight between a spherical magnet and inline tube magnet. For example, a MAGNATTACK™ 4” line model weighs around 15 pounds, whereas a traditional inline magnet would weigh about six times that – about 90 pounds! A lighter magnet is easier for employees to install and easier to clean than an inline tube magnet.

Easy to Remove and Clean Not only is a spherical magnet lighter, it is also easily removed from its housing. It can be cleaned directly next to its housing in an easy maneuver that encourages employee safety. Traditional inline magnets, on the other hand, are heavier, cumbersome to clean and may therefore put workers’ safety at risk while requiring complete removal of the magnet and transport for cleaning.

Increased Magnetic Energy Force Spherical magnets are very strong and meet the needs of a variety of processing industries, including food and dairy powder processing and pharmaceuticals, which have stringent sanitation standards. The magnetic sphere is able to provide a hugely increased magnetic energy force compared to conventional magnets. That includes gauss readings of up to 12,000 gauss (1.2 Tesla).

When an operations manager is comparing different magnets for a processing line, he or she may compare a spherical pipeline magnet with a traditional inline magnet. There are a number of key differences between the two, including design, weight, ease of use and strength.

Learn more about the benefits of using a spherical magnet, including its ease of cleaning and efficient removal of metal fragments, by downloading our MAGNATTACK™ Spherical Pipeline Magnet whitepaper. 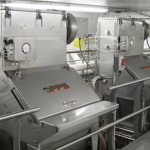 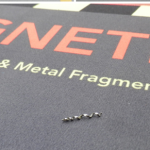